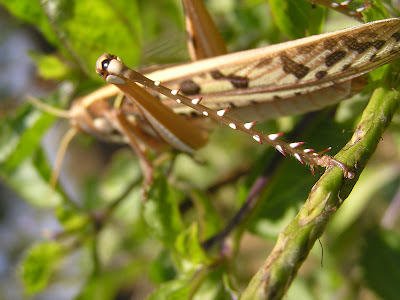 Thorns made red by bleeding hearts.

Well, if not a bleeding heart, I indeed was in a quandary. Chalghatta school - 200 kids - never been on a school trip - wow! lets take them out - but how ??

The logistics was turning into a nightmare. A bus can take 50-60 kids, a long journey makes it 9k/bus, and entry fees. And, food expenses. Mysore beckoned, but entry fees & quite long a journey. Same tale with Shravanabelogala-Tallakad-Bellur circuit.

My morning run ---> solution thrashed. Check with Sunand. 'Yes! we will do it', he says. Bliss.

Funda: Thorns are mostly in our imagination, as in the pic above. The locust intimidates other predators with it thorn like legs. 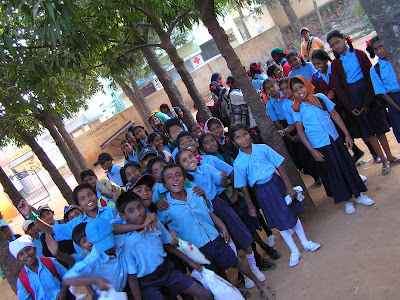 And, so on a saturday morning 9th of Dec 06. All the 6th & 7th std kids were taken on a outing. The 5th std kids from Chalghatta, along with 3rd to 5th from the Bellur school will be taken to Fun-world sometime in Jan. 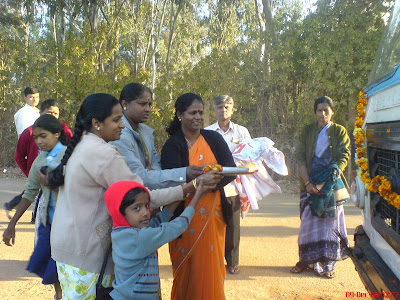 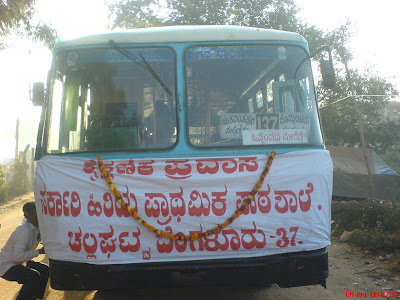 An elaborate pooja for the bus, seemed to satisfy the bus driver. He had cribbed heavily that only 46 passengers are allowed, and we were 66 kids, 8 teacher staff, & 6 volunteers!!!
And soon, Sunand & Shweta got some major Anthakshari going in the bus. Latest Kannada songs from FM 137.66 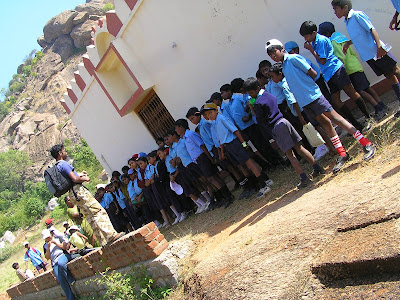 Ramnagara was the destination. A rock-climbers paradise. A quite place, with vultures above ur head, place to be. We wanted to introduce the kids to trekking and rock-climbing. 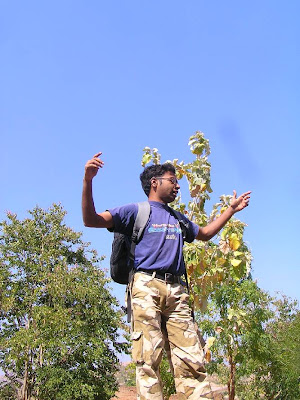 And soon, after breakfast, Sunand launched onto what trekking is....rock climbing is......the equipment used...how you need to be.....water bottles.....discipline....etc etc. At the end of the briefing, a boy promptly fainted!!!! 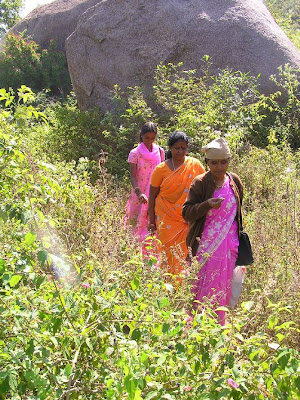 And soon, the 66 kids were divided into groups with volunteers Leena, Chetna, Shweta & Navrathan leading them. Sunand & Mallesh were the rock-climbing experts and leading the trek/climb. The teachers, esp the school HM Mary had a tough time in the small trek. She kept saying 'Since when have you been scheming this on me'...she struggled.....the kids literally ran.....and after some time 2 kids came back to help their HM!!! 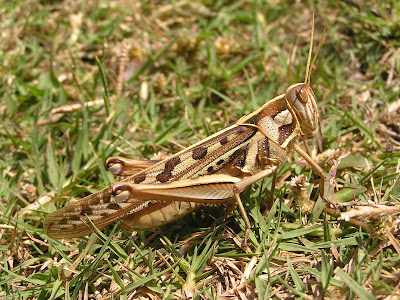 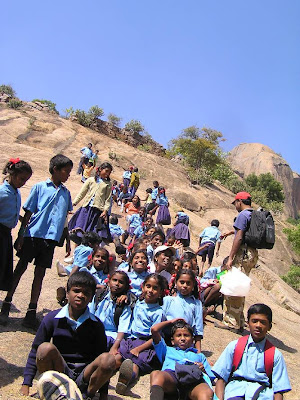 Soon, we reached the base of Ramdevar betta. The joy here is the natural slide thats on this rock....the kids went up & slid down merrily. 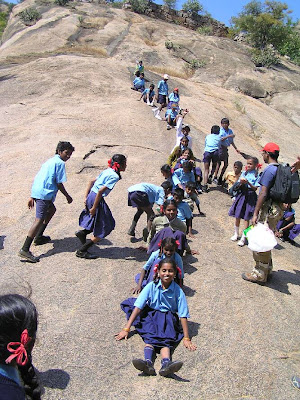 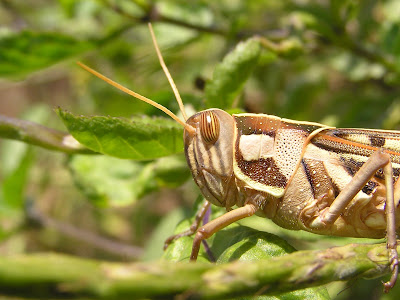 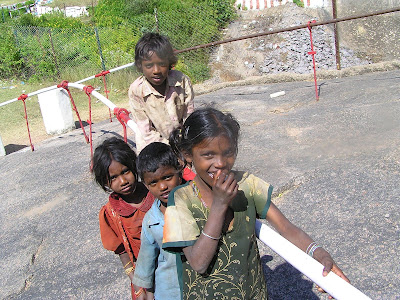 We climbed up the hill, pitched in the equipment, and introduced rappling. 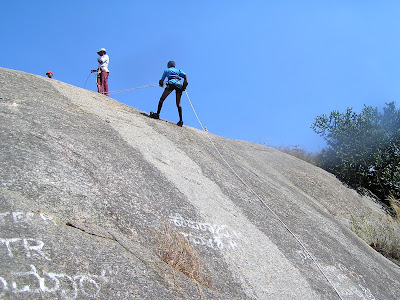 And after swift instructions from Mallesh & Sunand, the kids rappled down. It was a good test of their confidence, courage and trust. 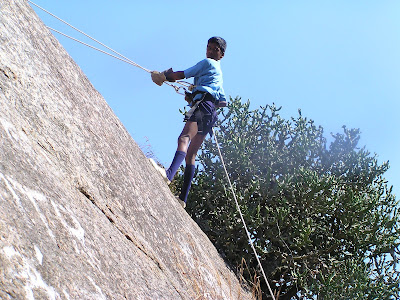 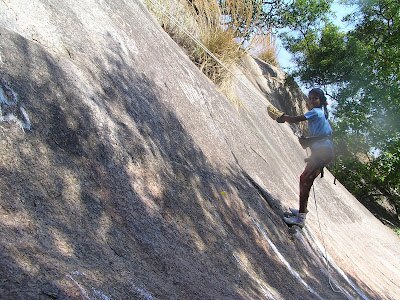 Soon boyz & girls clamoured to get down. A few kept away, having a single rappling rope was becoming a botlle-neck. 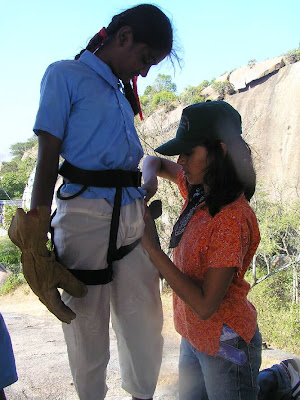 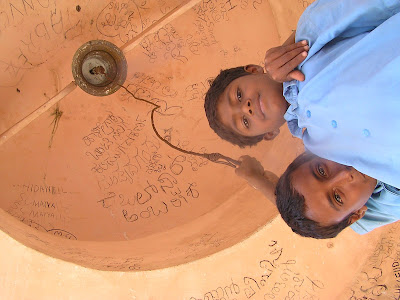 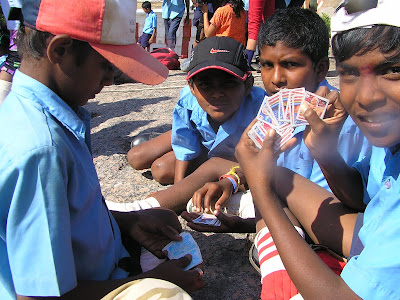 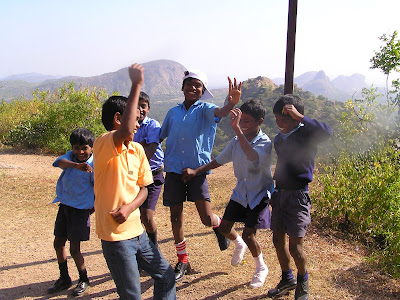 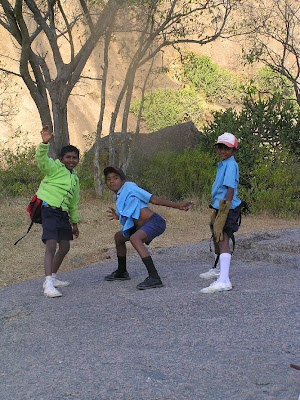 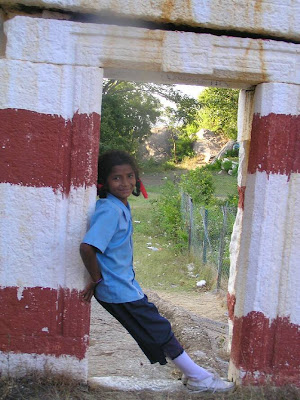 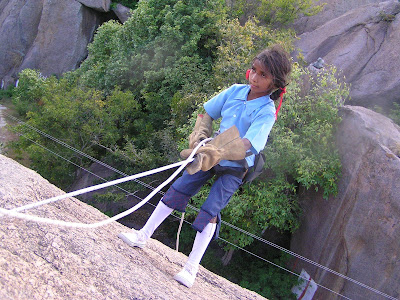 By 5pm, we had finished with the last rappling kid, and went down for lunch. A good number of the kids had rappled down. The plan was also to visit Kokrebellur, some museum at chanpatna, and Rajarajeshwari temple. But, with rappling taking all the time we ditched it.
The school had raised Rs 2300 from the kids 50Rs each, from all those, who could pay. They covered food charges and also bought some canvas shoes for those needing it. Transport charges was covered by DSF. Rock climbing charges raised from volunteers. 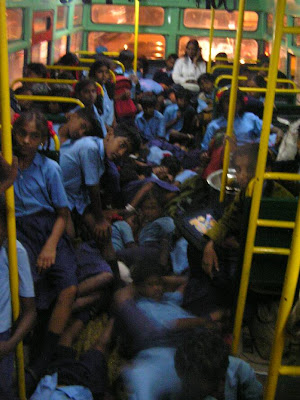 The way back, the back benchers started with some major Ayyappa bajans, and soon being tired gave up and slept. It was 8:40pm, when the bus reached the school. Sunand wanted me to 'de-brief' the kids. And so, for the 66 kids seated in a corridor, that glowed in a yellow light lamp, for those who rappled, and those who didn't, with some of their parents watching, I spoke of 'Why adventure'....'Why push the body'...'Striving beyond the limits'...'Marathon running'.....'Rock climbing'....'Their exams'.....'their studies'.....'little more marks' The kids starred back sleepily, and their parents were quite.
Well, we managed to pull thru this outing safely. And, the kids enjoyed it. A new experience.
A zillion thanks to my buddy & Man Friday (Man Saturday ?) Sunand, who made this happen.