Over 1 million human killing every year by this species, makes it the most dreaded organism in the world. An organism tiny but wide-spread in 3rd world countries.

Well, Man does want to kill them back. Tit for tat. Eye for an eye. And, I believe, hez been largely unsuccesfull.

And Mosquees won't let us sleep in peace either. Typical arms & ammunitions against them have been some repellants that probably kill us than them!!!

Lets look at the latest weaponary being sharpened in killer-labs!

Yes, Co2 (carbon-di-oxide) is a sign of life....esp Human life.......and Mosquitoes sense Co2....and can figure out the presence of humans based on the concentration gradient. 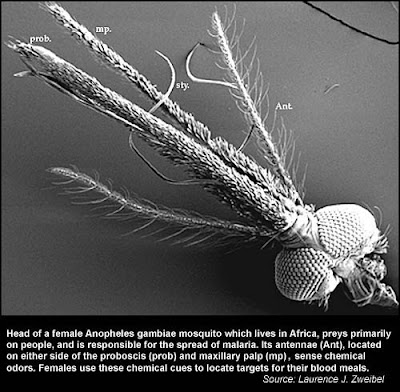 Thats an head of a mosquito, and it has some protrusions called antenna and maxillary palps. These house cells called neurons that can sense chemicals, and some of them specalised for Co2.

For example, Fruit fly (Drosophila Melanogaster) has 1200 such neurons to sense chemicals called olfactory neurons. Of these 45 of them can sense Co2.

And, how does that happen, wherz the knowledge, memory to recognise a Co2 chemical. Genes, yes, Genes encode that information and scientists recently have isolated two such genes Gr21a & Gr63a, and these togather carry information thats used in the Co2 sensitive neurons.

Wow! thats something, but where does that leave us with mosquito's ??

Yes, knowledge of the genes lead us to the molecular identity of the insect olfactory receptors (structures for binding with chemicals like Co2). And knowing the structure of the receptors one can come with other chemicals to bind with them, and either stop their functioning or mislead them.

Thus, new repellants could emit such chemicals, destroying the Co2 sensing ability or misleading the mosquitos.

Mission accomplished, rest in peace.
Posted by Akash at 11:49 PM 3 comments: Links to this post

Saturday 24th March, 6:25pm to 6:35pm, IISc, Main building. Landed to check the scavenger vulture, instead these noisy birds caught my attention. They were seated on two christmas trees. Now & then, they would take off, go around the main building or elsewhere and soon land back at one of these tall trees. And, they were quite noisy. The swish-swish of the wings as they take-off has to be heard. Crows gave them an hard time. 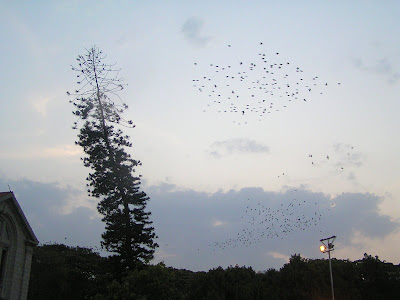 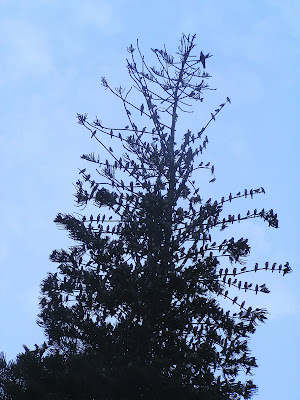 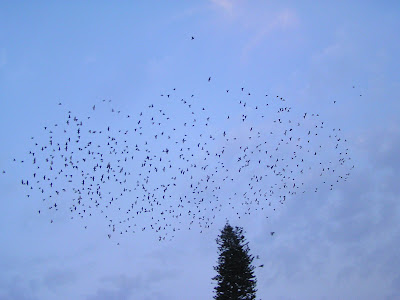 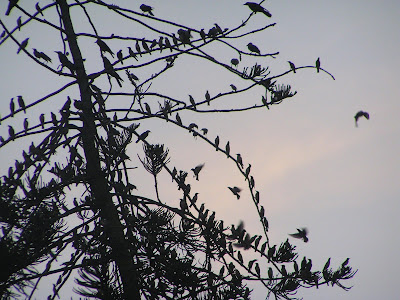 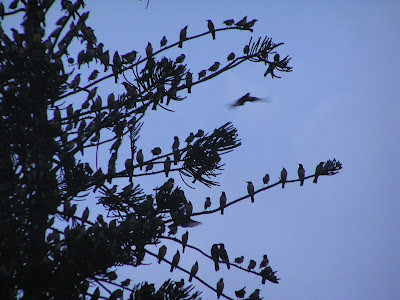 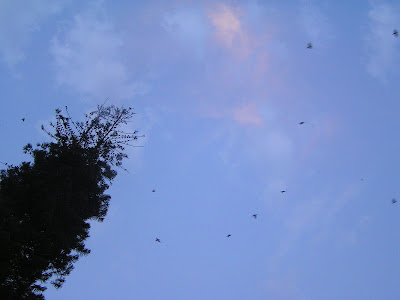 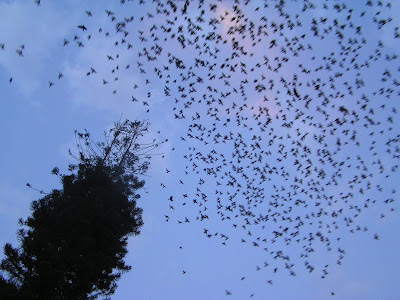 Posted by Akash at 9:51 PM 2 comments: Links to this post