Gecko's: Lizards, all around the globe (40 deg latitude around the equator), 40mm to 350mm, eye lacks eyelids, but has a transperent shield. 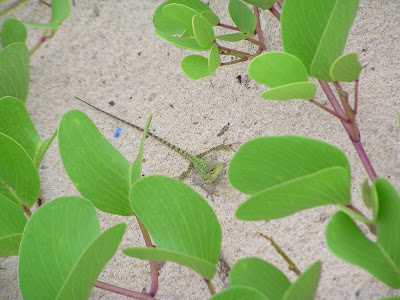 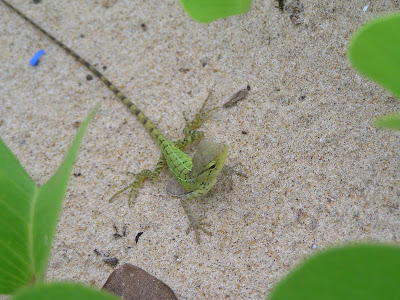 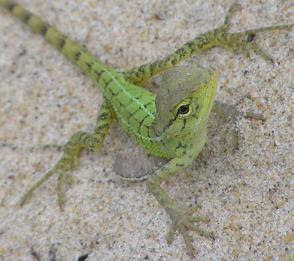 Devbaugh beach, Karwar, Sep 10th 07.
This gecko caught the attention, and remains one of the best sightings from that place. Chap was moving away, but then was slow enuf for me to catch up, and posed. The green thrills.
Am sure, you noticed the long tail. Tails seem to be major protective/defensive feature. When confronted, the tail detaches, writhes & wriggles, drawing the attention of the predator, while the gecko moves away. Tail regrows. 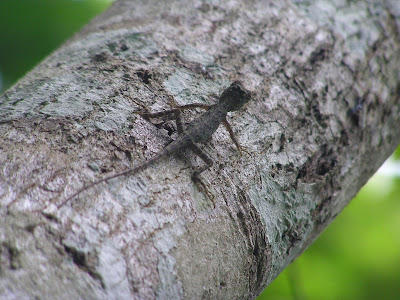 Moving on, Dandeli forest on a nature trail on Sep 12th. Another gecko with some green around its throat(?) caught my attention, I was so amazed, that I simply watched it, called Lakshmi & the guide, and watched it climb up the tree, before I got to click. 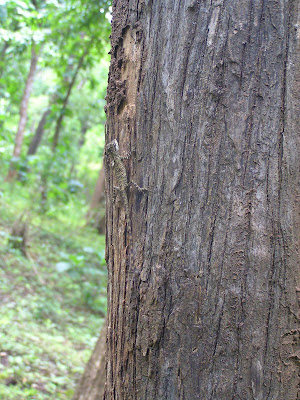 Another 2 hours later, saw one more, but then the green tinge was missing. Chap again moved up the trees. Indian geckos are nocturnal, soberly colored (brown/grey). Food predominantly being insects, bigger geckos may feed on smaller snakes. 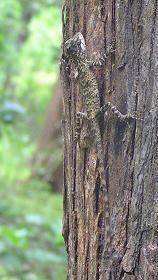 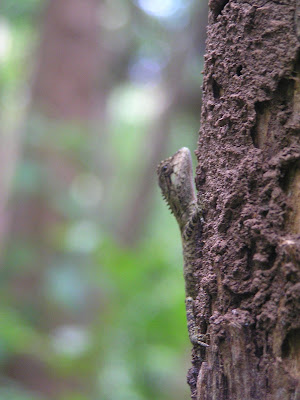 Need to identify these geckos. Material from Daniel's book of Indian Reptiles & Amphibians.
Posted by Akash at 12:14 AM 2 comments: Links to this post