My fastest picture upload & writing. These are what I saw today afternoon 2:40 to 3:20 kinds around IISc lecture hall, after my class. Partha was around, and was giving some 'n' funda's. I kept looking around; thats fine with him. 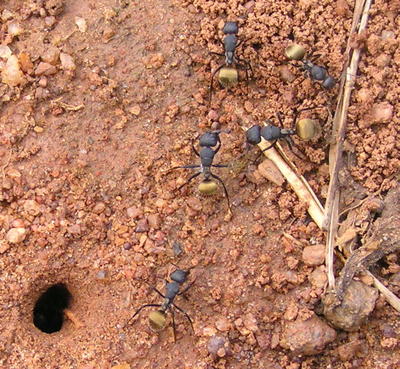 First to capture attention were these ants. Ajay during the ant watching outing had given me its name. I had repeated it aloud twice. Well, looks like my neurons haven't taken a liking to it. Ok! so these chaps were busy building their home...majorly pushing the earth out. And, when I placed my fingers close to one. It scurried like mad. 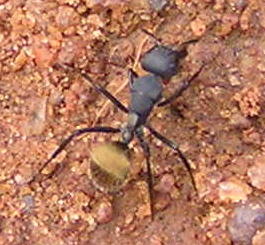 Notice the golden back. An identifying characteristic. And, if you can see what I see, therz a dot like structure just above the golden part, apparenly thats a distinct feature for any ant. 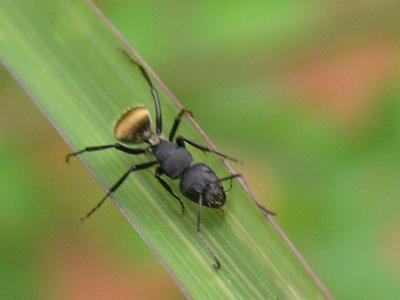 This guy, a few weeks back, ontop of a grass blade. I suppose, he likes the heights. Look at his wedge (triangular) shaped face. 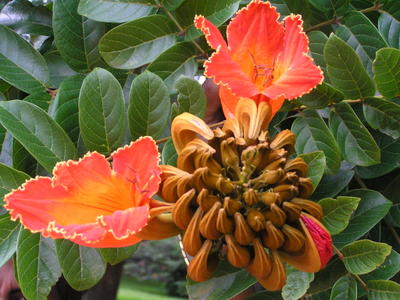 Moving on. Partha joined at this point. And, we admired the African Tulip. Two flowers have...what do U say...flowered...the 3rd.. ready, 1 2, 3 kinds.....hey hold on....so many of them to unfurl. Must be quite a sight. And may pose serious real-estate problems. So, would they take their own time, making sure atmost 2 or 3 are unfurled at any point of time ? Need to watch. 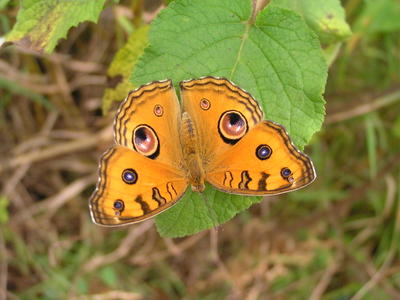 Then these moths. Notice the eyes. The big ones at the centre, and smaller ones at the periphery. This chap sat - jappayya andhru jaglilla - I moved very silently to take snaps of it and later Partha created enough sound waves to attract - females of whatever kind - but this guy - yeah, surely a guy - sat and simply starred back!!! 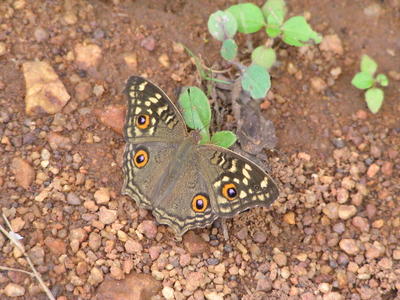 One more moth. For your eyes only.
Posted by Akash at 5:55 PM

These are commonly called the Golden Abdomen Ant (Camponotus sericeus), a very common terrestrial ant in Bangalore. The golden coulour on their abdomen is infact not the colour of the abdomen itself, but is due to the thick golden pubescence (tiny thick hairs) on their abdomen.

The last two are butterflies. Peacock Pansy and Lemmon Pansy. I encourage you to join ButterflyIndia and share those beautiful photos.

THe pansy butterflies are beautiful and so r those ants.